Fruition Properties gets go ahead for mixed-use Kensal Rise scheme. 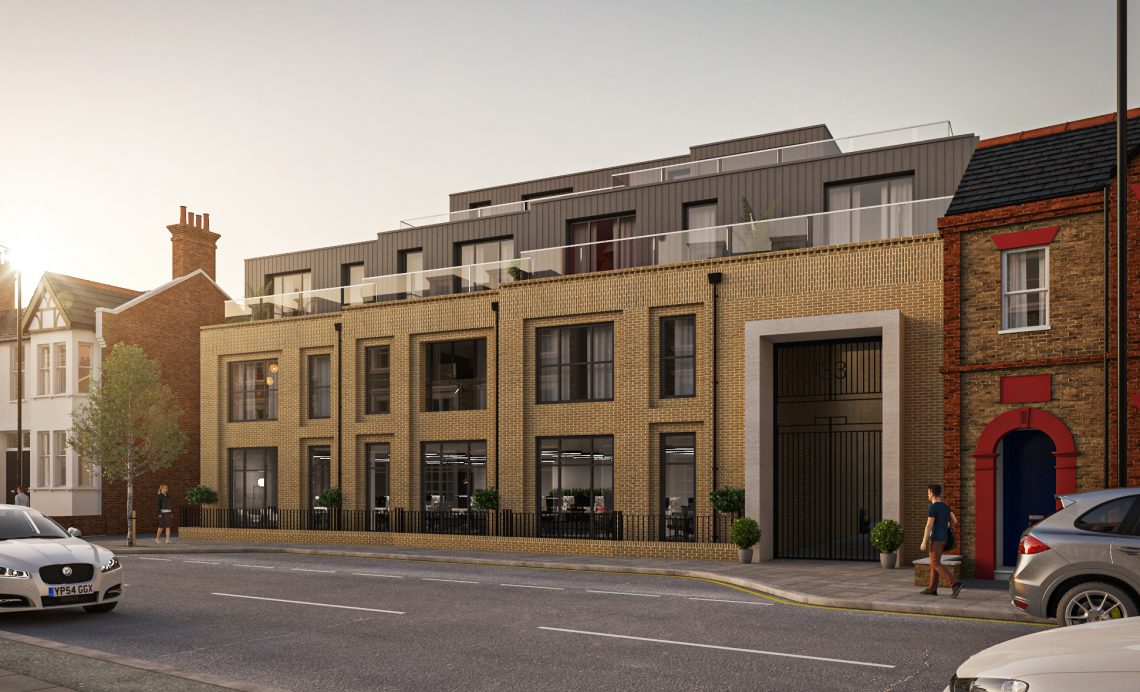 Designed by POW Architects, the development will replace a dormant selection of Victorian brick buildings, collectively known as The Old Dairy, which have seen various uses including as a recording studio used by U2 and Adele.

In its place, a three and a half storey building will provide a mixture of one, two and three bedroom apartments with balconies, green residents’ courtyard, plus circa 11,500 sq ft. of flexible commercial space at ground level. The development, which will include secure cycle and refuse storage, will be finished in attractive brick, matching the mostly Victorian vernacular of the Kilburn Road.

Mani Khiroya, Managing Director of Fruition Properties, comments: “The Kensal Rise area has been quietly developing over the past few years to become one of London’s up and coming hotspots. This will be further bolstered by the forthcoming Kensal Corridor transport and public realm proposals led by Brent Council and TFL.”

“Our site at 133 Kilburn Lane is well placed to benefit from these improvements, while playing its own part in the revitalisation of the area to provide outstanding new homes and key employment space.”

The site is located close to the trendy Chamberlayne Road, which was once named the hippest street in Europe by Vogue, while also being within walking distance of a range of amenities and transport connections. This includes Queen’s Park Underground (Bakerloo line) and Overground Stations and Kensal Green Underground (Bakerloo line) and Overground Stations, providing fast access into the West End and beyond.

Construction is due to start imminently, with estimated completion due in 2021.