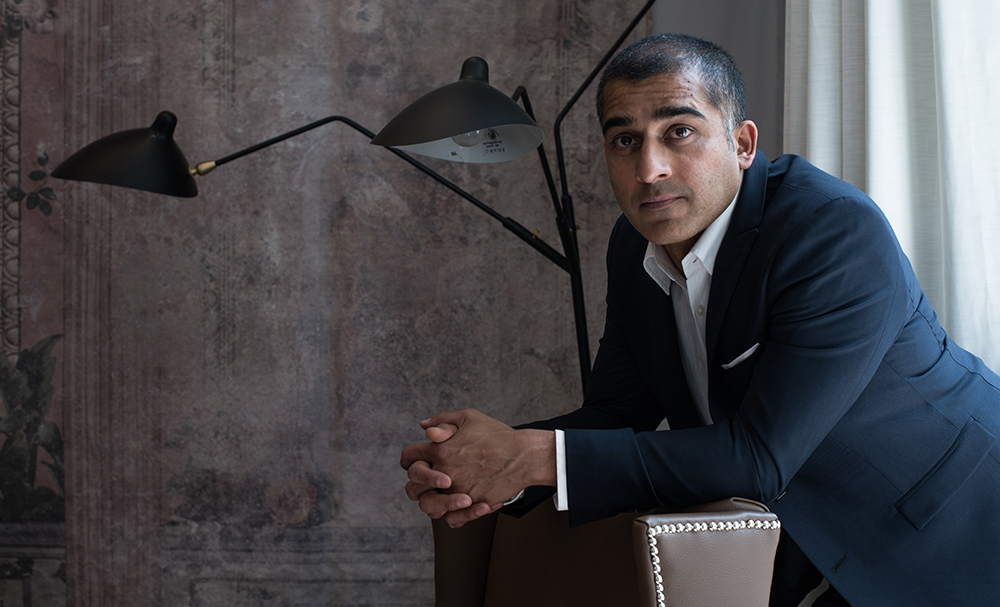 Has raising finance been one of the greatest challenges of 2020? Mani Khiroya, Managing Director of Fruition Properties, shares his views in a property finance special in November's edition of Show House.

This year will certainly go down as one that’s brought the greatest challenges, but has raising finance been one of them? This was the question posed to SME housebuilders, including Fruition Properties, in November’s edition of Show House.

As a well-established developer, operating in London since 2004, Fruition Properties has roots in conversions and small unit schemes but has more recently broadened out to developing new build schemes of up to 100 units with an increasing focus on Airspace development.

Understandably the pandemic has had an effect on business, but generally speaking site progress slowed to varying degrees during the height of the first lockdown but has since picked up again even through this second phase.

As Fruition’s managing director, Mani Khiroya explained, “Business has been more affected on site where contractors have been unable to resource some materials and have had to implement new working practices. Some sales did fall through initially, however they were replaced very quickly by new buyers once there was a realisation that the housing market was not going to crash. This was further boosted by the changes in SDLT introduced in July 2020”.

But there have been other challenges too, delays in local authority planning departments are stalling construction. “We have also been impacted in the planning process due to lack of staff or staff redeployment at the Local Authority level – we have one site where is has taken 4 months to discharge the pre-start conditions which has had a knock on impact on site start”.

Dismissing policy reforms as “making good headlines”, Khiroya believes that the planning system is too geared towards “larger developers with deeper pockets”.

“Local authorities don’t seem to realise that a delay of just a few weeks can be crippling to an SME which is already paying high finance costs”, he adds calling on money to be urgently spent on “grossly underfunded” planning departments.

Khiroya has found lending equally challenging: “Similar to the mortgage market, the development lending market has definitely contracted, with some lenders pulling out completely while others continue to lend but with lower loan to values. Lenders are more discerning about projects and borrowers they’re willing to support.”

Long-standing banking relationships remain resilient, says Khiroya: “The credit teams that know you perform in good times and bad and are more likely to stand by you in these uncertain times. It is important to understand who funds the bank and the stability of their own funding lines. In such times although your relationship manager may be on your side, there may be funding issues within the bank itself”.

Khiroya wants more lenders to feel comfortable about lending to companies such as Fruition, which specialise in airspace and MMC. “The agreements are complex and the onsite delivery is not in line with typical funding profiles. Developers, lenders and their lawyers will need to be innovative working alongside the MMC industry to ensure this method of delivery is supported and can be successful. I can see the wider market including insurance companies having a role”.

At the pandemic’s onset, Fruition applied for a CBILS loan via its ‘mainstream’ business banker but found the process slow and painful. “We were advised by the real estate team that we qualified but, despite banking with this organisation for 16 years, the decision was overturned by the main credit committee on a technicality”. Fortunately, the moratorium was lifted. “This poor decision became irrelevant; however, we feel sympathy for those who had successful businesses prior to the pandemic and have been turned down for no significant reason”.